Triangle Kush x Giesel was a small collab we tried to pull off with Chemdog Glass back in the day, however it was short lived, and Giesel wasn’t well known during that era (2016) so we sat on a killer keeper cut over some years and eventually entered it into the Bonnet round.  Because it was from a line that didnt sell well initially on the mom’s side, we chose to use the majority of these seeds for a giveaway.  They were given away in packs of 5 via Breeders Direct Seed Co and Breeders Syndicate – and they became one of the most often asked about strains from the Bonnet releases.  I finally dug out the rest of the unsorted bud that had been sitting since the bonnet runs and sorted out the rest of the A grade seeds and am putting them up here.  There’s pics on the @riotseedco instagram from 2020 but you have to dig

There are no reviews yet.

Only logged in customers who have purchased this product may leave a review. 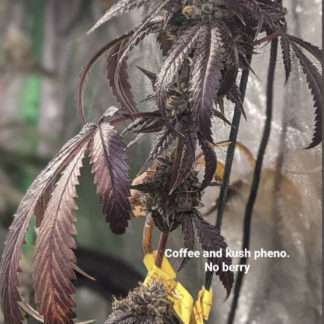